The screenshot compares the interface sections of the screen within DP and standing alone, referred to as DP and SA.

We have tried trashing the DP preference files as suggested by MOTU tech support, but makes no difference. 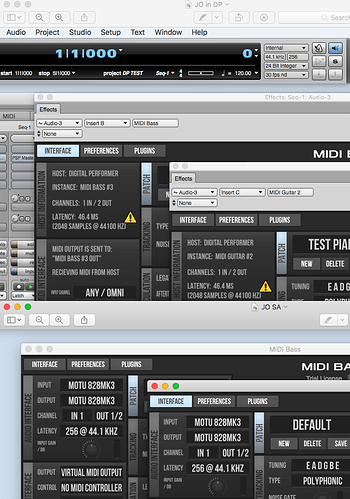 I’m not able to give a really good answer but some hints:

The number you see in the MG plug-in is definitely correct. So DP (and your audio interface) actually run at 2048 buffer size - way too high for MG use and hence MG will bail out and output silence.

Some DAWs ignore your preferences and run at high buffer sizes to save resources, when not recording, so maybe that’s what happens here. In any case you need to make DP run at smaller buffers.

The standalone MG settings does not have any impact on the DP setup. But it shows that your interface can indeed run at small buffers, so DP is the culprit here.