Hello friends, new to the forum here. I have been using MIDI guitar and am wondering what is the best sollution for midi controls. I am coming from the keyboard where I have the mod wheel and pitch bend at hand. Is there something I might be able to attach to my guitar and use it in a similar way? I saw some posts about foot pedals but I am wondering specifically about hand controls. Or a guitar that exists that has those built in perhaps? Thanks for any tips!

I think, with enough tweaking, you could use mod and pitch bend wheels from a keyboard that you already have instead of any of these options.

Livid guitar wing might be what you are looking for. Unfortunately, I think they might be discontinued. I would suggest doing your research on it before purchasing (if you can find one for sale) though as I haven’t ever used one before but they do seem like they would be neat.

Expressive E Touché also might be what you are looking for.

While I haven’t used it with guitar (but might not be as useful as it seems with guitar either), this thing is pretty cool also: Altura MkII+ Theremin MIDI Controller / Arpeggiator - Zeppelin Design Labs

I’m sure someone will come along that might have a better grasp on this topic.

You might want to take a look at these links for ideas also:

These days music Controllers come in all shapes and sizes. To celebrate the weird and wonderful ways of controlling music software, Keith Crusher picks 5 innova 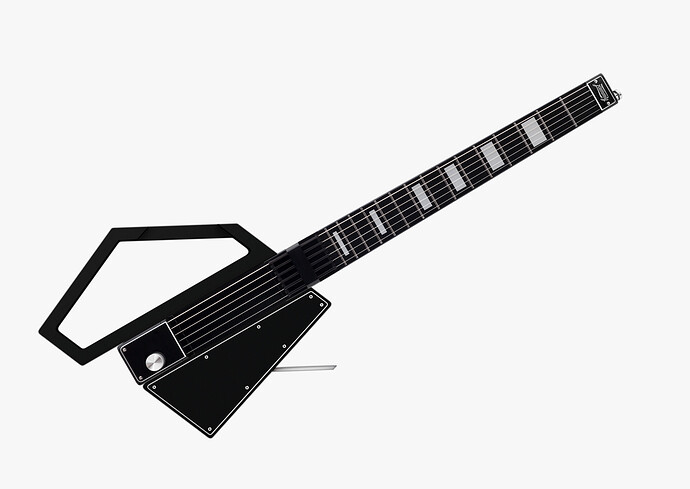 Looking to work with MIDI without having to switch instruments? Check out our guide to the best MIDI guitar controllers and MIDI pickups.

Hi there @hubavai, and welcome here, to begin with. I have worked with a few different controllers as add-ons to the MIDI guitar software; pedals, breathcontroller, guitar wing and a few others: 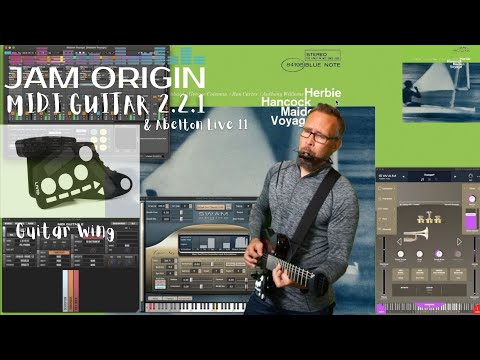 Generally, you wouldn’t need anything like the pitch wheel since we have bends on the guitar already, and the MOD wheel is easily replaced by either a pedal, or a breathcontroller or perhaps a ribbon controller like that on the Guitar wing. But I really wouldn’t seriously suggest a separate hand controller for continuous control action since with guitar, both hands are sort of in use most of the time. I think that is why you see very few such suggestions. You can of course use stuff like the Touché or perhaps even an apple pen: but that does take away from your ability to play guitar at the same time.
Of course there are MIDI guitar (or guitar like controllers) out there. Jammy Jamstik, Artiphon, RoR guitars and others. And then you have Fishman Triple Play or Roland 13 pin pickup systems to add to your guitar for access to different kinds of MIDI conversion. The argument for MIDI guitar 2 over these, in my opinion is a combination of price and performance. Hope there are some things in these videos that might give you some inspiration.

Thanks so much for the overwhelming amount of infos. I will dig in

Sometime I wish I could use my pinky to control a knob, similar to what I do with my volume control on my strat…

You could experiment with the bluetooth midi rings too, or even put one on the guitar head. But it’s hard to get something really precise enough…

Something I dream about, would be mpe timbre be set by the “brightness” I give to my notes with my fingers…

i’m using opendeck software running on an arduino. it has been very reliable, i wouldn’t hesitate to use it onstage.

the most useful controls have proved to be modulation and blend (guitar/synth). the buttons are also very handy. the force sensitive resistors are very accurate, but aside from pitch bend i find i don’t use them as much as the simple triggers. they’d work nicely though for an end of song dub-style ringout effect with feedback.

i put a bunch of knobs on to control delay wet/dry, reverb/efx levels, on the next iteration i’m going to eliminate most of those.

the best bit is being able to blend the sound without using a mouse. getting the modulation and the mix right is much more intuitive/natural.

i think the parts cost me ~$120. a budget cpu (less inputs), a half dozen buttons and two or three sliders or knobs would probably cost less than $50.

one pedal you may want to add is sustain.