I’m wondering if you have any ideas on a problem that has me stumped. I’ve got a SWAM sax stuck on chromatic that doesn’t bend - I’ve attached the relevant screenshots 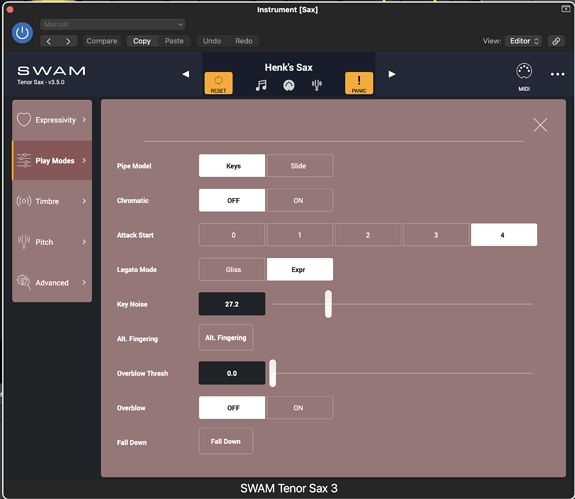 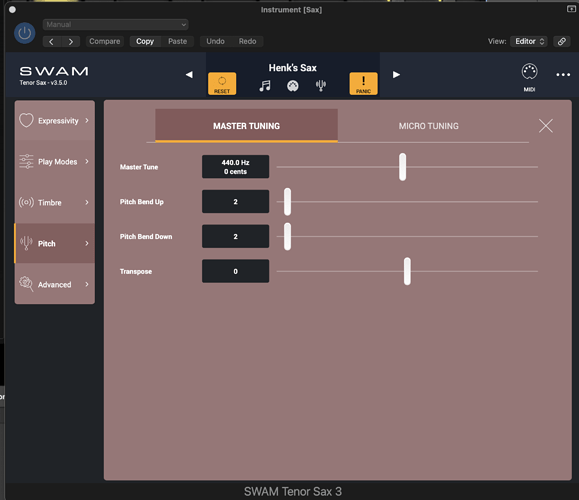 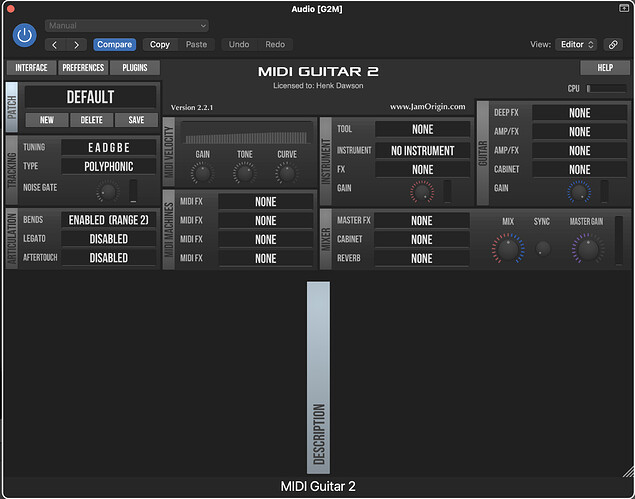 Hi @henkdawson How is this set up? What DAW do you use? Or is it standalone? Have you tried opening the SWAM plugin inside of MG2? (just to check) And what do you use for expression?

I’m using MainStage for my DAW. I’m not sure how to run MG2 as standalone but I’ll try to figure it out. I’m using the TEC breath controller for expression.

BTW thanks for all of your inspirational videos! I just ordered a WIDI and just got a wireless guitar setup. I’m on my way to saying goodbye to the wires - thanks for explaining how to do it!

Thanks man! Yeah, the CME stuff has really worked for me in this (small) studio context at least. Standalone is nothing more than just clicking on the software icon. If you haven’t scanned for plugins yet, but don’t intend to use it as standalone, skip that. Just open the swam sax as standalone beside it. Same thing, just go into your apps folder, in the Audio Modeling folder you have your SWAM apps. Just click on first MG2 and then the sax, and see if you get the same problem. Of course you need to adress the settings, but I guess you know those?

Yes - I was just sorting this out when I got your message about the standalone. I’ll work on it tonight and let you know how it goes. Yes - I know the setting for the SWAM sax (thanks again for you video on this) In fact everything was working great until I got a new MacBook Pro and all the set up worked except for the chromatic being stuck and that I can’t seem to bend notes. Anyway, I’ll start with the stand alone app and redo - the settings according to your video and let you know how it goes.

Great! I should not be a problem for the saxophones I think, but I get this problem with the SWAM strings in Abelton, where the solution is to unassign MPE functionality It is really strange. Let me know tomorrow and we’ll take it from there then. Good luck!

The midi profile was set to Legacy but just to make sure I set it to MPE (nothing changed) and then back to Legacy. The bending behavior is the same it’s sort of chromatic. What I mean by “sort of” is that if I bend up a half step nothing will happen until I go past a half step and then I get a hint of a bend. If I change my bend up range to 4 within SWAM and bend up it will start bending before the half step is reached but it feels unnatural. Of note, I have M2G set to bend at “2” 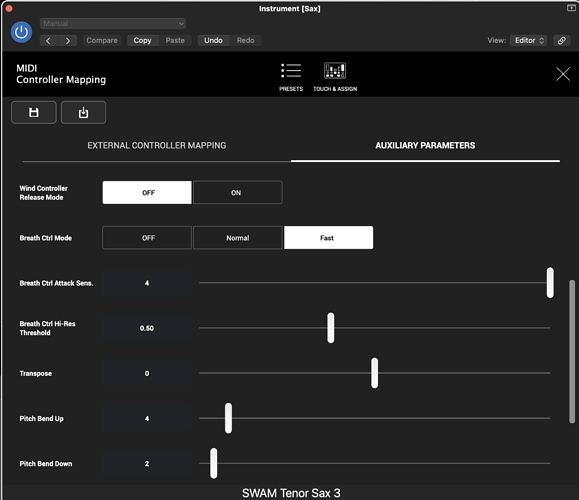 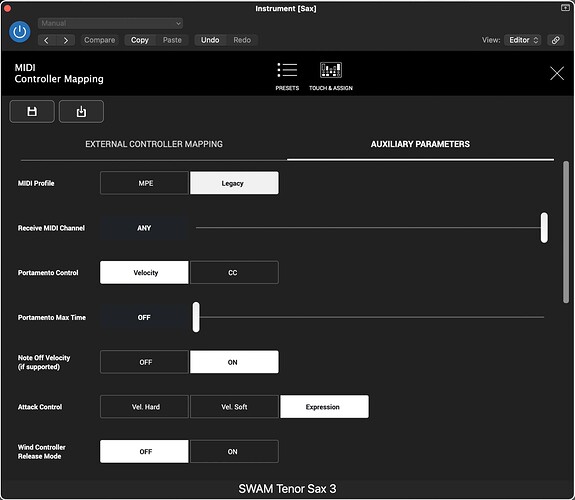 Well, that MPE setting was in Abelton itself; so that is an Abelton+SWAM strings issue (only) as far as I know. That bend behavior you are describing sounds really weird, and I would like to hear if it is the same for the Standalone setups (remember to close everything else (Mainstage) while testing too. I just opened my Mainstage for the first time in a very long time and it worked fine with SWAM tenor 3.5.0, so it isn’t any general compatibility issue at least. I assume you don’t use any scripters or MIDI filters or anything?

Okay - I figure it out and discovered that I might be the dumbest person on the planet - After all somebody has to be - It might as well be me.

The problem was that I had two instances of G2M in MainStage - One of the G2M’s had bends enabled and one didn’t - It all started when I was testing some settings and made a second instance of G2M. Once I deleted one of them it started working. Anyway thanks for your help.

As long as everything is working fine, all is good! I think we have all been there at some time. I am just happy it is so few and far between the times it is the actual MG2 software that is the culprit!

Yes it’s usually the simplest thing that explains the problem. And yes MG2 is amazing - so much fun.