Jam Origin II running in AUM…….where does it get it’s Signal?

I put Jam Origin as a plugin or literally Audio Unit Extension in channel 1. I have it up and running outside of AUM as well. I have a few other plugins in front or before it …… to have some effect on the audio going into Jam Origin. For example: I have a noise gate going in, so if I bump my fingers on the strings, sound won’t pass on to Jam Origin.

QUESTION: When I look at the Jam Origin UI interface, inside AUM it shows, or at least it suggests…… it’s getting the audio DIRECTLY from the In/Out of the iPad….rather than getting it from the AUM signal path in channel 1, as shown in the picutres.

Is this true? When I run Jam Origin inside AUM……where is it getting the audio from?
TWO CHOICES HERE
a) directly from the iOS input
b) from the AUM signal path 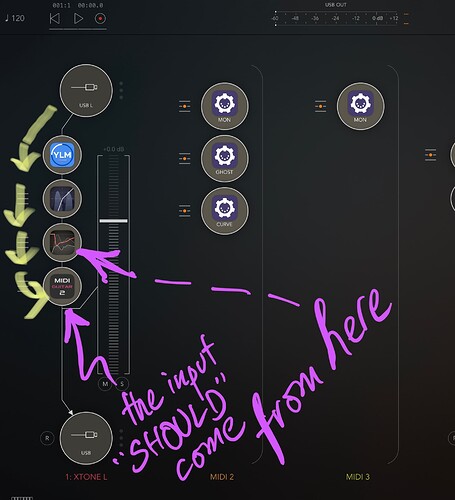 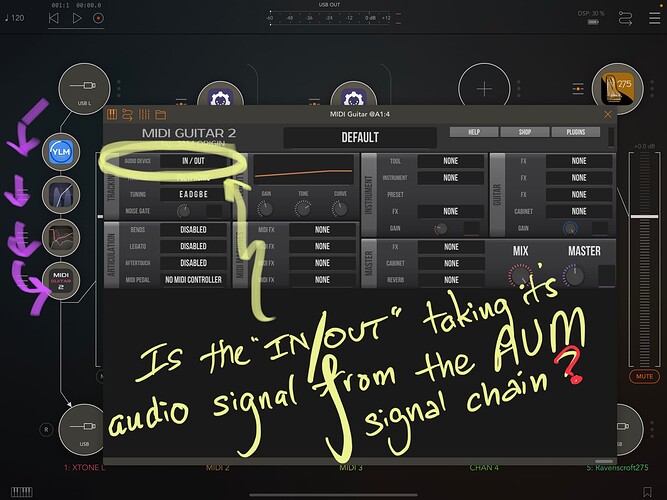 Can any of you explain how to use MG2 in AUM? I managed to get it working in AB3 (after a fashion) but didn’t really find it usable. I’m still fairly new to the iOS/iPadOS platform, so it’s quite possible that I’m just not setting AB3 up correctly, but I find the i/o routing confusing.

Hi Everyone,
FIRST… I got it working.
@alex - thanks for your reply

I’ll try to explain. When it loads into AUM, there’s two choices in the signal routing

Why this second item, a virtual plugin exists… I have no clue. But DO NOT use it. Somehow, I thought it was the instance I was supposed to use, but it’s not.

So when I started using the channel instance - it started working.