I have some of the GeoSWAM sounds in Geoshred and want to trigger them from MG2, either inside the app or with MIDI out. I get a warning in Geoshred that says it’s not possible.

There’s a guy on YouTube who has it working well however, in two different ways: one using a Mosaic script he wrote, and a newer simpler way that apparently does it directly with settings in MG2 and Geoshred. However, despite his attempts to explain, I can’t figure out how it works. Here’s the first method with Mosaic script: 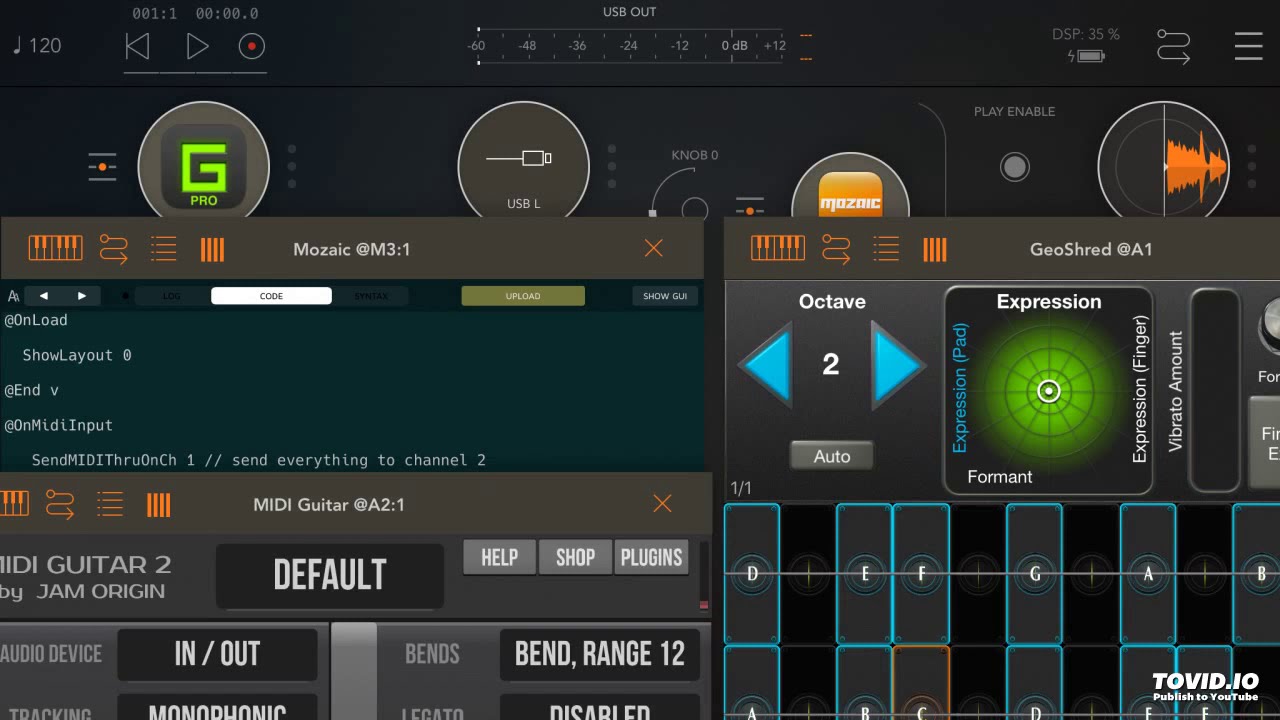 Here’s another video. In the notes he explains the second simpler method, seemingly a direct feed from MG2 to Geoshred: 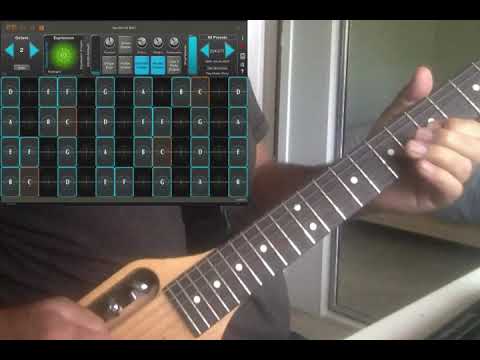 He says it works by “…simply having MG2 to send on channel 2 while converting Velocity to Channel Pressure…”. I looked in MG2 but can’t see where or how to do this. Furthermore I don’t understand his explanation of what settings are required in Geoshred to get the GeoSWAM sounds working from MG2.

Please could someone who understands this put it in simple, step-by-step language?

You cannot do it without having some kind of intermediate plugin to route MG2 output which is always on channel 1, to channel 2 which is needed to drive Geoshred SWAM. He uses Mozaic to do this. He mentions that originally he had a more complicated Mozaic plugin to move around some of the sound parameters in Geoshred, but now he still uses a simpler version of the Mozaic plugin but moves the parameters with “CC Pal”, which is not shown on the video. Here are step by step the instructions on how to set up AUM and the plugins without “CCPal”.

FIRST STAGE:
Get the script into Mosaic

Both videos use the Mozaic plugin. Except that the first one has a script within Mozaic that handles the Formant, Growl, Flutter and Vibrato to add dimension to tee sound. And on the second video he has a simpler Mozaic script which converts velocity to channel pressure, and he uses " CC Pal " , which is an outside program, not a plugin, to play around with the sound parameters ( Growl, Flutter, etc). You don’t really need to do this if you just want the sax sound straight out of Geoshred. The script he uses the first time is the one that modifies the sound parameters without using *“CC Pal”. If you want to replicate his second simpler version you will have to edit the Mozaic plugin he posted and leave just the velocity to channel pressure code. Again, just one more time to be clear, you always need some way to route CH 1 to CH 2, because MG2 does not allow you to do this within the software. The output is fixed to CH 1… Additionally… You also do not have Channel Pressure data coming out from the MG2.

Thanks for your kind and helpful reply Bonanote! I’ll report back once I (hopefully!) have it working. Cheers, BeePee

Just a few minutes ago there is another guy that managed to make it work with these instructions. Except that for some unknown reason he initially did not get any sound, but he rebooted tbs iPad and then everything worked. ( He posted his comment in the second Youtube video… Which is also where i sent him these instructions )

That’s me Bonanote! Thanks so much, your helpful instructions did the trick. It was the third step of routing the signals in AUM which I hadn’t grasped. Now it’s working well and I can trigger the amazing GeoSWAM sounds via MidiGuitar2.